Galleries 3
Collections 0
Groups 0
Southworth & Hawes was an early photographic firm in Boston, 1843-1863. Its partners, Albert Sands Southworth (1811–1894) and Josiah Johnson Hawes (1808–1901), have been hailed as the first great American masters of photography, whose work elevated photographic portraits to the level of fine art. Their images are prominent in every major book and collection of early American photography.
Southworth & Hawes worked almost exclusively in the daguerreotype process. Working with large 8x6-inch plate sizes, their images are brilliant, mirror-like, and finely detailed. Writing in the Photographic and Fine Art Journal, August 1855, the contemporary Philadelphia daguerreotypist Marcus A. Root paid them this praise: "Their style, indeed, is peculiar to themselves; presenting beautiful effects of light and shade, and giving depth and roundness together with a wonderful softness or mellowness. These traits have achieved for them a high reputation with all true artists and connoisseurs." He further noted that the firm had devoted their time chiefly to daguerreotypes, with little attention to photography on paper.

Documenting the birth of surgical anesthesia
On the evening of September 30, 1846, Mr. Eben Frost, suffering from a violent toothache, called upon Dr. William Thomas Green Morton, a dentist at No. 19 Tremont Row, Boston. Dr. Morton administered nitrous oxide and extracted the tooth. Less than three weeks later, the so-called "Death of Pain" took place on October 16, when Dr. Morton administered ether to a patient before Dr. John Collins Warren, senior surgeon at the Massachusetts General Hospital, removed a tumor from his neck. Although it is believed that ether anesthesia had been administered for surgery early, most notably by Dr. Crawford Long in Jefferson Georgia on March 30, 1843, it had been done privately and not reported in the medical literature. Morton's public demonstration of general anesthesia was therefore historic. To commemorate this momentous event, Southworth & Hawes were asked to daguerreotype the operation; however Hawes was squeamish about the blood, and they photographed a re-enactment instead. On April 3, 1847, Southworth & Hawes were called upon to record an actual operation, again with the patient under ether. Later Dr. Warren presented his Laundy scalpel and probe, the surgical instruments he used in the first operation, to Hawes in gratitude for recording the operations.

(Three or four weeks later, they documented Dr. Warren yet again. In honor of his ether discovery, and of his distinguished career as professor of anatomy at Harvard Medical School, they arranged and composed a mock anatomy dissection, with the principal subject being Dr. Warren himself.

In what could perhaps be called the ancestor of the View-master, Southworth & Hawes invented a "grand parlor stereoscope", which allowed viewers to be presented with new daguerreotype views with the turn of a crank. Southworth & Hawes had one of these devices in the reception room of their gallery for the entertainment of their customers.

Hawes lived until 1901, continuing to operate a studio and carefully protecting its sizeable archive. The archives were finally dispersed during the Great Depression. Most made their way into three museums (George Eastman House, Metropolitan Museum of Art and Museum of Fine Arts, Boston), while only a comparatively few have ever been privately held. However, on April 27, 1999, a previously-unknown hoard of 240 Southworth & Hawes daguerreotypes appeared at Sotheby's auction from the estate of David Feigenbaum. The total sales price realized was $3.3 million dollars. 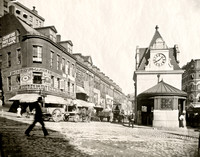 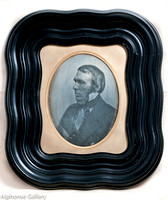 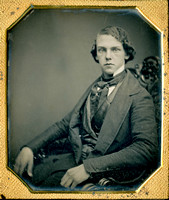