Created 21-Sep-12
9 photos
Biography of Abraham Bogardus
Among the early pioneers of photography, Abraham Bogardus is a notable figure.
Born on a farm in Dutchess County, New York, 29 November 1822, Abraham Bogardus came to New York City in 1837 and "took lessons" in the new art of Daguerreotypy from G. W. Prosch in 1846. After two weeks' instruction he opened a Daguerrean Gallery at the corner of Greenwich and Barclay streets. During his first week in business he made only one portrait, the second week two, and in the third week none.
At that time sitting for one's portrait was quite an undertaking, the exposure time required being forty to sixty seconds. Very soon after, however, the time of exposure was shortened and the Daguerreotype became popular and Mr. Bogardus gave eighty or more sittings per week. Within a few years the paper photograph displaced the Daguerreotype, and the Bogardus Gallery was moved to Broadway and Franklin streets to meet the new demand. During the first popularity of the Carte-de-Visite Abraham Bogardus kept three skylights busy and delivered from 68 to 100 dozens of CDV's per day.
Among his contemporaries at this time were Jeremiah Gurney, Mathew Brady, Lawrence, Insley, Hass, Harrison and Hill, the brothers Meade, Lewis, Bogert and other famous Daguerreotypists.
In 1869 Mr. Bogardus was elected the first president of the National Photographic Association, and served by continuous re-election, for six or seven years. During his long career in business he took an active part in the public life of the profession, and by his work and activities was widely helpful in shaping the present prosperity of the American photographer. He retired from active business life in 1887 and retired in Brooklyn, and became a frequent contributor to the St. Louis and Canadian Photographer and other journals.
With many of the older workers, Mr. Bogardus believed the silver-plate Daguerreotype portrait the best thing yet achieved in photography, and it is a hobby with him to restore old and tarnished Daguerreotypes to their pristine freshness and beauty. Readers who possess any such Daguerreotypes and desire to have them restored (a difficult and uncertain task in unskilled hands) may safely entrust them to Mr. Bogardus, who may be addressed at 129 Herkimer Street, Brooklyn, N. Y.
From 1847 to 1852, he was listed as a Daguerreotypist at 217 Greenwich Street. His residence was in Newark, N.J. from 1849 to 1851, returning to Grove Street, New York City between 1851 and 1852. His success enabled a branch gallery at 126 Washington Street, Newark, N.J. in 1849, which moved to 8 Clinton Street, Newark, N.J. in 1850. His New York City gallery was moved to 229 Greenwich Street in 1851 and the old Root Gallery at 363 Broadway refitted in 1862. He opened a new studio at 1153 Broadway in 1869, maintaining the 363 Broadway address.
In 1871 to 1873 he was in partnership with Daniel and David Bendann, brothers from Baltimore, Md. at 1153 Broadway in New York. In 1873 Bogardus produced daguerreotypes of bank note designs for the American Bank Note Co.
Wanting to retire in 1884, Bogardus advertised in the Philadelphia Photographer: "Wishing to retire from the photographic business, I now offer my well-known establishment for sale, after thirty-eight years' continuous existence in this city. The reputation of the gallery is too well known to require one word of comment. The stock of registered negatives is very valuable, containing a large line of regular customers, and also very many of our prominent men, Presidents, Senators, etc., and for which orders are constantly received. They include Blaine and Logan. Entire apparatus first-class; Dallmeyer lens, etc. For further information, address Abraham Bogardus & Co., 872 Broadway cor. 18th St., New York."
Abraham Bogardus died in 1908. 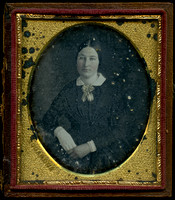 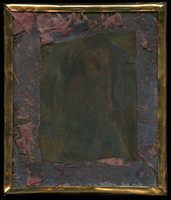 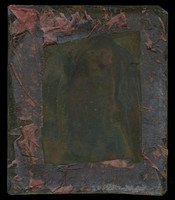 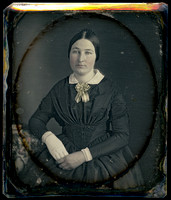 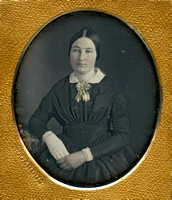 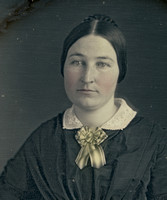