10 photos
The Paris Expositions Universelles and the other world's fairs of the nineteenth century were curious and spec­tacular cultural events. Sponsored by the host country's government, they were well-orchestrated public rela­tions campaigns as well. These exhibitions provided the ideal forum for the host country to promote its notions of progress, nationalism, imperialism, unity, education, culture, entertainment, and commerce. They also served as some of the largest and earliest public venues for the exhibition of photography. Thus, the Expositions Universelles of 1855 and 1867 are rich points for study of particular moments in photographic history.
The first French exposition universelle was held in the center of Paris along the Champs Elysйes from May 15 to November 15, 1855. It was also the first international event where art was shown together with industrial products, albeit in separate buildings—art in the Palais des Beaux-Arts and industrial products in the Palais de l'Industrie and its Annexe. Photography was exhibited in the industrial division, in the same building as steam engines, gloves, animal skins, lacework, ironwork, food, and animal products, among other things. This classi­fication made a strong statement about photography's accepted role and applications. It was clearly celebrated as one of the most important inventions of the nineteenth century with Louis Daguerre's name being carved on the faзade of the Palais de l'Industrie along with other great men. Photography's status as an art form was, however, hotly debated.
Photography was categorized in the twenty-sixth industrial class, "Letter and Block Printing, Photogra­phy" and had its own subcategory which included both photographic equipment and photographs. The submis­sions were selected by each country's subcommission and were exhibited in different locations throughout the Palais de l'Industrie as the exhibition space was divided between the different countries. An element of competi­tion was created by the fact that an International Jury awarded four levels of prizes (grand gold medal, the first class medal, the second class medal, and honorable mention.). Interestingly, half of the jury was French and the other half of the jury was comprised of members from foreign countries proportional to the number of exhibitors. Not surprisingly, French exhibitors greatly outnumbered any other country and made up the major­ity of the prize winners. Approximately 180 different photographers were represented at the 1855 Exposition Universelle; 92 of them were French. The others came from Britain, other European countries, the British colonies, the United States, and Turkey. 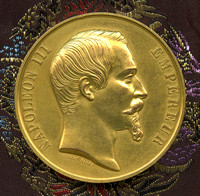 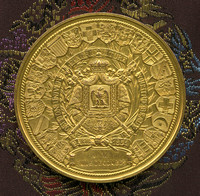 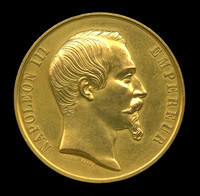 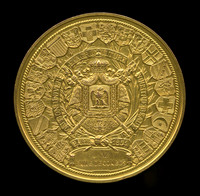 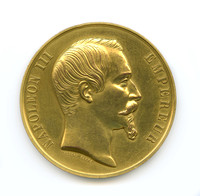 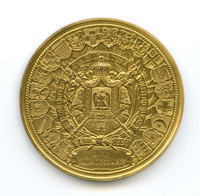 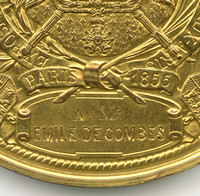