William Oliver Stevens was a 32-year-old Harvard graduate and lawyer from Dunkirk, NY, when he was commissioned as captain in Co. D, 72nd New York Infantry, on June 21, 1861. He was promoted to major in Field & Staff just four days later, and to colonel of the regiment in September of 1862. He was severely wounded at Chancellorsville on May 3, 1863, and died there two days later.

Civil War Union Army Officer. Born in Belfast, Maine, he was commissioned as Captain and commander of Company D, 72nd New York Volunteer Infantry on June 21, 1861. Promoted to Major in September 1861, he served with the regiment under Colonel Nelson Taylor, and when Taylor was promoted to Brigadier General in September 1862, William O. Stevens was adavanced to Colonel and commander of the 72nd New York. He ledt the regiment up to the May 1863 Battle of Chancellorsville. There he was killed in action by a gunshot wound in the chest.
Bio by: Russ Dodge 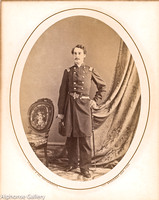 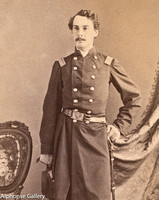 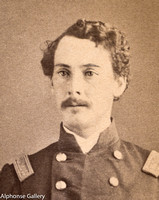