3 photos
View from the Window at Le Gras (La cour du domaine du Gras) was the first successful permanent photograph, created by Nicéphore Niépce in 1826 at Saint-Loup-de-Varennes. The image captures the roof and surrounding countryside of his estate, Le Gras, as seen from an upstairs window.
Nicéphore Niépce created the photo with a camera obscura focused onto a 20 cm × 25 cm (7.9 in × 9.8 in) pewter plate coated with bitumen of Judea, a mixture similar to asphalt.[1]The bitumen mixture hardened when exposed to the light, while the unexposed portions remained water soluble and could be washed away with a mixture of oil of lavender and white petroleum.[1] As a result of the 8-hour exposure, sunlight illuminates the buildings on both sides.[2][3]
After an unsuccessful trip to Britain to attempt to interest the Royal Society in his "Heliography" process, Niépce gave the photo to the British botanist Francis Bauer. It was last publicly exhibited in London in 1898, and thereafter forgotten for 50 years.[1] Historian Helmut Gernsheim tracked down the photograph in 1952, brought it to prominence again and established Niépce as the inventor of photography. Gernsheim had the Eastman Kodak Company make a copy of the image but was not overly pleased with the result.
In 1963, when Harry Ransom purchased Gernsheim's photography collection for The University of Texas at Austin, Gernsheim donated Niépce's heliograph. As of 2012, the plate is on permanent display in the main lobby of the Harry Ransom Humanities Research Center.[1]
Scientists at the Getty Conservation Institute examined the photograph using X-ray fluorescence spectroscopy, reflectance Fourier transform infrared spectroscopy, and other techniques during a 2002–2003 project.[4] They discovered that bitumen of Judea was the light sensitive coating used for the image.[5] The Institute also designed and built the display case that holds the artifact.
In 2003 Life listed it among "100 Photographs that Changed the World".[6] 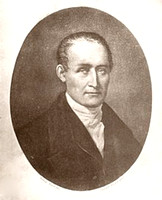 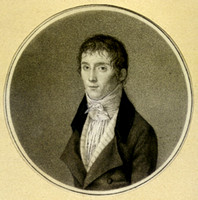