70 photos, 1 videos
Original Listing from eBay
An absolutely amazing hand colored 6th plate daguerreotype, circa 1857 of Lillia Babbitt Hyde and her mother, Rebecca McDuffie Babbitt by famous American Daguerreian and “Gotham’s finest” Jeremiah Gurney. In its original case with deteriorated original and replacement seals removed by me to remove oils under its original glass from damaging daguerreotype. Gurney's works appear in the Metropolitan Museum of Art and the Getty. Thanks for looking.
Jeremiah Gurney was born in New York State and moved to New York City to work in the jewelry trade. He was among the earliest of the city's residents to learn the daguerreotype process and in 1840 opened one of the first portrait galleries on Broadway. Blessed with remarkable technical skills, Gurney created tonally delicate, startlingly three-dimensional portraits. His clientele were New York's cultural elite, not the political and entertainment world catered to by his more illustrious colleague, Mathew B. Brady. Gurney effortlessly established himself, not by soliciting portraits of public figures but simply by producing the finest daguerreotypes in Gotham.
Benjamin Talbot Babbitt (May 1, 1809 – October 20, 1889) was a self-made American businessman and inventor who amassed a fortune in the soap industry, manufacturing Babbitt's Best Soap. Babbitt died October 20, 1889, and was buried at Woodlawn Cemetery, Bronx, New York.[7] He was survived by his wife, Rebecca McDuffie Babbitt (1820-1894) and his two daughters, Ida Babbitt Hyde and Lillian Babbitt Hyde (1856–1939), to whom he left one half of his $5,000,000 estate as well as the controlling interest in his company. She established The Lillia Babbitt Hyde Foundation in 1924, and served as its president until her death in 1939. The bulk of her estate was left to the Foundation, raising the value of its assets as of June 1941, to approximately $3,200,000. Sinclair Lewis used the Babbitt family name for the title character of his bestselling novel, Babbitt, about a vulgar and ignorant businessman, written in 1922. Babbitt' is a section of North Bergen, New Jersey named for a tract of 87 acres (35 ha) between Granton and Faiview purchased for factory complex in 1904 to which the soap works relocated in 1907 from its former premises, a 22,000 square feet (2,000 m2) facility on West Street in Lower Manhattan becoming one of the largest soap manufacturing plants in the world.
http://fdnweb.org/hydeandwatson/origins/ 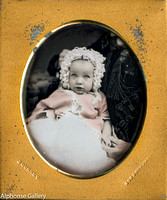 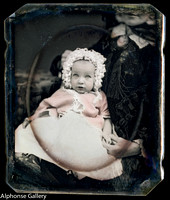 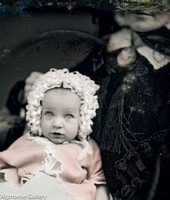 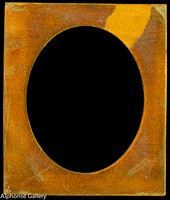 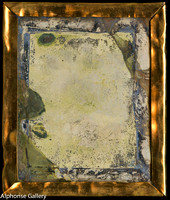 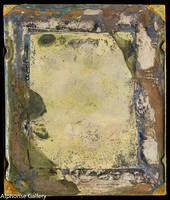 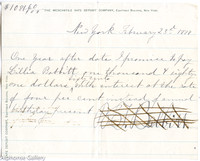