Directly above is a link to the summary of the meeting of the Bishops of the Episcopal Church - during the darkest days of the United States Civil War, October 1862.

PASTORAL LETTER
OF THE BISHOPS OF THE
Protestant Episcopal Church
IN THE UNITED STATES OF AMERICA
TO THE CLERGY AND LAITY OF THE SAME.
DELIVERED BEFORE THE GENERAL CONVENTION,
AT THE CLOSE OF ITS SESSION, IN ST. JOHN'S CHURCH,
NEW YORK, FRIDAY, OCTOBER 17, 1862.

BRETHREN:
We have been assembled together in the Triennial Convention of our Church under most afflicting circumstances. Hitherto, whatever our Church had to contend with from the fallen nature of man, from the power of this evil world, or the enmity of that mighty adversary who is called by St. Paul "the god of this world," her Chief Council has been permitted to meet amidst the blessings of peace within our national boundaries, and as representing a household of faith at unity in itself. Our last meeting was in the metropolis of a State which has long held a high place and influence in the affairs of our Church and Country. Long shall we remember the affectionate hospitality which was then lavished upon us, and the delightful harmony and brotherly love which seemed to reign, almost without alloy, in a Convention composed of representatives of all our Dioceses! Never did the promise of a long continuance of brotherly union, among all parts and sections of our whole Church, appear more assuring. But, alas! what is man? How unstable our surest reliances, based on man's wisdom or will! How unsearchable the counsels of Him who "hath his way in the sea, and his path in the mighty waters, and whose footsteps are not known"! What is now the change? We look in vain for the occupants of seats in the Convention, belonging to the representatives of no less than ten of our Dioceses, and to ten of our Bishops. And whence such painful and injurious absence? The cause stands as a great cloud of darkness before us, of which, as we cannot help seeing it, and thinking of it, and that most sorrowfully, wherever we go and whatever we do, it is impossible not to speak when we address you in regard to the condition and wants of our Church. That cause is all concentrated in a stupendous rebellion against the organic law and the constituted [3/4] Government of the Country, for the dismemberment of our national Union--under which, confessedly, all parts of the land have been signally prospered and blessed; a rebellion which is already too well known to you, brethren, in the vast armies it has compelled our Government to maintain, and in the fearful expense of life and treasure, of suffering and sorrow, which it has cost on both sides, to need any further description here.
We are deeply grieved to think how many of our brethren, clergy and laity, in the regions over which that dark tide has spread, have been carried away by its flood; not only yielding to it, so as to place themselves, as far as in them lay, in severance from our ecclesiastical Union, which has so long and so happily joined us together in one visible communion and fellowship; but, to a sad extent, sympathizing with the movement, and hiving it their active co-operation.

In this part of our address, we do not attempt to estimate the moral character of such doings. At present we, confine ourselves to the statement of notorious facts, except as to one matter, of which this is the convenient place to speak.
When the ordained Ministers of the Gospel of Christ, whose mission is so emphatically one of peace and good-will, of tenderness and consolation, do so depart from their sacred calling as to take the sword and engage in the fierce and bloody conflicts of war; when in so doing they are fighting against authorities which, as "the powers that be," the Scriptures declare "are ordained of God," so that in resisting them they resist the ordinance of God; when especially one comes out from the exalted spiritual duties of an Overseer of the flock of Christ, to exercise high command in such awful work,--we cannot, as ourselves Overseers of the same flock, consistently with duty to Christ's Church, His Ministry and people, refrain from placing on such examples our strong condemnation, We remember the words of our blessed Lord, uttered among His last words, and for the special admonition of His Ministers--"They that take the sword shall perish with the sword."
Returning to this great rebellion, with all its retinue of cost and sacrifice, of tribulation and anguish, of darkness and death, there are two aspects in which we must contemplate it, namely: as it comes by the agency of man, and as it comesfrom the Providence of God.
We desire, first, to call your attention to it as it proceeds from the Providence of God. So comprehensive is that Providence that it embraces all worlds and all nations; while so minute is it that not a sparrow falleth without the knowledge and will of our Father in [4/5] Heaven. In its vast counsels, this deep affliction has its place. God's hand is in it. His power rules it. It is His visitation and chastening for the sins of this nation. Who can doubt it? Just as the personal affliction of any of you is God's visitation to turn him from the world and sin, unto Himself; so is this national calamity most certainly His judgment upon this nation for its good. And we trust, dear brethren, we are in no danger of seeming, by such interpretation of our distresses, to excuse, in any degree, such agency as men have had in bringing them upon us. God's Providence has no interference with man's responsibility. He works by man, but so that it is still man that wills and works. The captivities of God's chosen people were, as His Word declares, His judgments upon them for their sins; while the nations that carried them captive were visited of God for heinous guilt in so doing. St. Peter declares that our Lord was "delivered" unto death "by the determinate counsel and foreknowledge of God;" and that, nevertheless, it was "by wicked hands" that He was "crucified and slain." Thus we need be under no temptation to diminish our estimate of the present dispensation of sorrow, as coming from the hand of God, for the punishment of our sins, whatever the agency of men therein. It is our duty, as Christians and as patriots, so to consider it, that it may do us the good for which it is sent, and may the sooner be taken away.

Click on the link above to read the entire message. 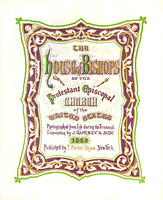 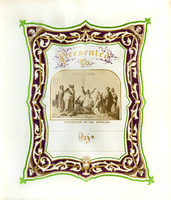 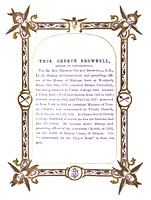 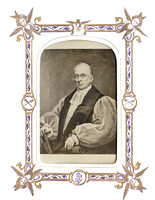 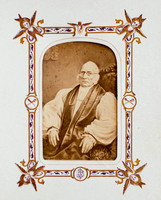 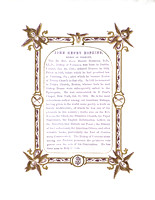 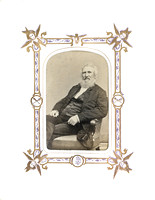 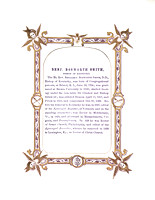 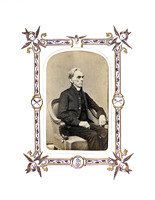