15 photos
The Pearsall brothers were left orphans at a young age. Frank Pearsall spent a portion of his childhood in the family of an aunt living in Saratoga, N.Y., and during a few years attended the public schools there and in New York. When only eleven years old, he began to learn the rudiments of his profession with his uncle, T. Duryea, once a photographer of Williamsburgh. Two years later his uncle removed to Australia, where he has since resided. With the assistance of their mother, Alva A. Pearsall, then aged fifteen years, and G. Frank E. Pearsall, aged thirteen, continued operations in the gallery formerly of their uncle about a year, when the elder of the two went to the West Indies, leaving the home interest in care of his mother and younger brother, who kept the establishment open a year longer. About this time Alva A. Pearsall returned, and soon the two brother bade adieu to Brooklyn, spending the greater part of the following eight years in Cuba and various towns in the West Indies, in Carracas, Venizuela, and elsewhere, only visiting Brooklyn occasionally and never remaining long. Returning at the end of the period mentioned, Frank Pearsall was employed by Gurney, the celebrated New York photographer, from 1862 to 1868. During the year 1863, in connection with his brother, he conducted a velocipede school and dealt in velocipedes on Broadway, New York, at the corner of Twenty-third Street. The following year Frank was again in Mr. Gurney's employ.
In 1870 Mr. Pearsall established a photographic gallery at the corner of Fulton and Tillary Streets, Brooklyn, removing, two years later, to his present location. Mr. Pearsall, as also his brother, Alva A. Pearsall, may be said to be in a great measure self-taught in his art. To it he has devoted the best years of his life and much careful and well-directed thought; making, from time to time, several important improvements in photographic processes and apparatus. As an artist he takes high rank; he is a member of the National Photographic Association, and his name is know well and favorably to the profession throughout the United States and Canada.
Mr. Pearsall is president of the Brooklyn Archery Club, and in 1881 was secretary and treasurer of the National Archery Association. He is also prominent in the Fountain Gun Club, and is a member of Commonwealth Lodge No. 409, F. & A. M., and of Orient Chapter, No. 138, R.A.M. He was married March 6, 1866, to Elizabeth Conrow, of Brooklyn. They reside at No. 29 Strong Place.

http://www.antiquewoodcameras.com/Pearsall-Refs.html Excellent website on the life of Alva and Frank Pearsall


In this interview Rob Niederman talks about collecting antique wood cameras from the late 1800s. Based in Minnesota, Rob can be reached via his website, Antique and 19th Century Cameras, which is a member of our Hall of Fame. 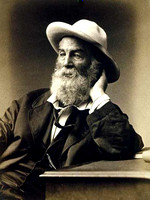