Historic First Photographs & Ephemera»Oldest Surviving Photograph in the US

4 photos
Philadelphia's Central High School 25 Sep 1839
On September 10, 1839, the Great Western steamship docked in New York harbor. On board were copies of the August 23rd issue of the London Globe, containing reports describing the process that Louis Jacques Mandé Daguerre had revealed to the world on August 19 to produce the world's first photographic images. At once, numerous Americans tried to duplicate the procedure. The first daguerreotype (as the images were called) in the New World was produced on September 16 by D. W. Seager of New York, but it no longer exists. The oldest surviving one, taken by Joseph Saxton of Philadelphia about the 25th of that month, is a blurry image of the Philadelphia Central High School. 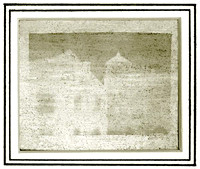 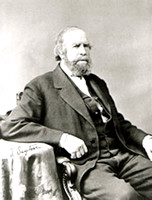