175 photos
Scans of each page - in process. Uploading soon.
JEFFERSON, PAUL REVER, MERIWETHER LEWIS…: “SOME OF THE MOST MEMORABLE IMAGES IN THE HISTORY OF AMERICAN PORTRAITURE”

SAINT-MÉMIN, Charles Balthazar Julien Févret de. The St.-Memin Collection of Portraits. New York: Elias Dexter, 1862. Tall folio (13 by 16 inches).
Library rebind first edition of this scarce publication of Charles Saint-Mémin’s work as an itinerant portraitist during the Federal years of the Republic, with 760 albumen photographs of his engraved portraits, including those of Jefferson, Revere, and Meriwether Lewis.

“Between 1796 and 1810, Charles de Saint-Mémin created some of the most memorable images in the history of American portraiture. Nearly 1,000 Americans sat for his portraits, among them Thomas Jefferson, Paul Revere, Mother Seton, Meriwether Lewis, and Charles Willson Peale. Saint-Mémin’s popularity rested on a growing appreciation for profiles as a particularly truthful form of portraiture, and his distinctive images have come to epitomize Federal America” (National Portrait Gallery). Saint-Mémin began his enterprise by partnering with French artist Thomas Bluget de Valdenuit, who made the initial drawings of sitters, from which Saint-Mémin produced his engravings. A sitter was given not only 12 copies of the finished engraving but Valdenuit’s original drawing and the actual copper plate as well. In 1797 Valdenuit returned to France, leaving Saint-Mémin to make his own drawings, which “evolved from the light touch characteristic of his New York portraits to a more emphatic style, with strong contrasts” (Ellen G. Miles). All but three of his portraits were done from life. These 760 mounted albumen photographs of Saint-Mémin’s engravings were produced in actual size by Jeremiah Gurney of New York from the artist’s proofs. “So far as the fame of M. de Saint-Mémin is concerned, the publication of this collection will be almost a resurrection of the dead… The portraits are remarkable for the delicacy of their execution, for the individuality which they exhibit, for their truth as likenesses, and above all for their purity of expression.”
Scarce. 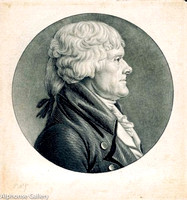 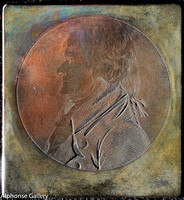 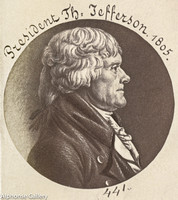 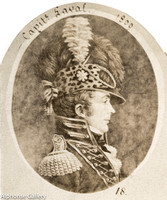 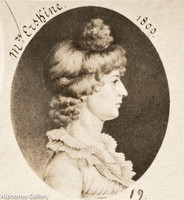 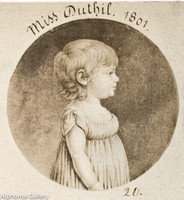 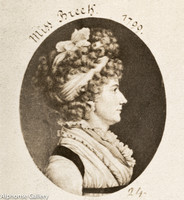 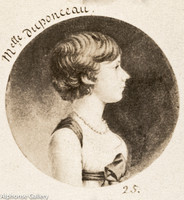 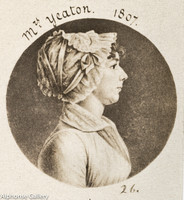 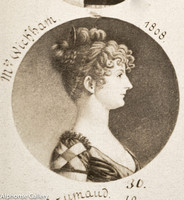 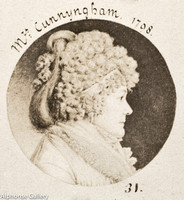 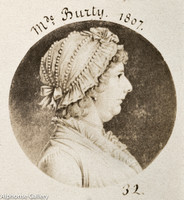 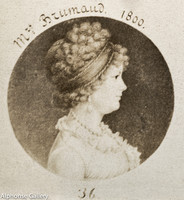 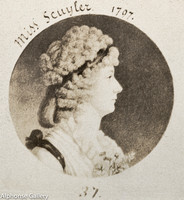 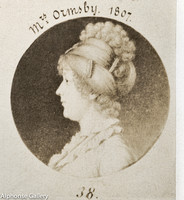 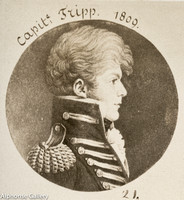 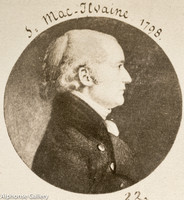